By Peter BroleyOctober 1, 2020 No Comments 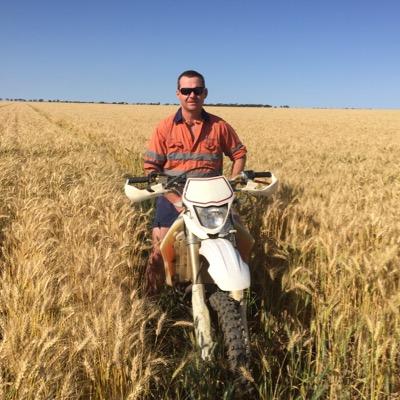 North-west WA farmer Ben Cripps first began using his Emar chaff deck – in conjunction the Bushel Plus grain loss measurement system – at the start of last season.
Mr Cripps said although it was still early days, he was really pleased with the ease of use of the new chaff deck compared to the chaff cart he had used in previous seasons. 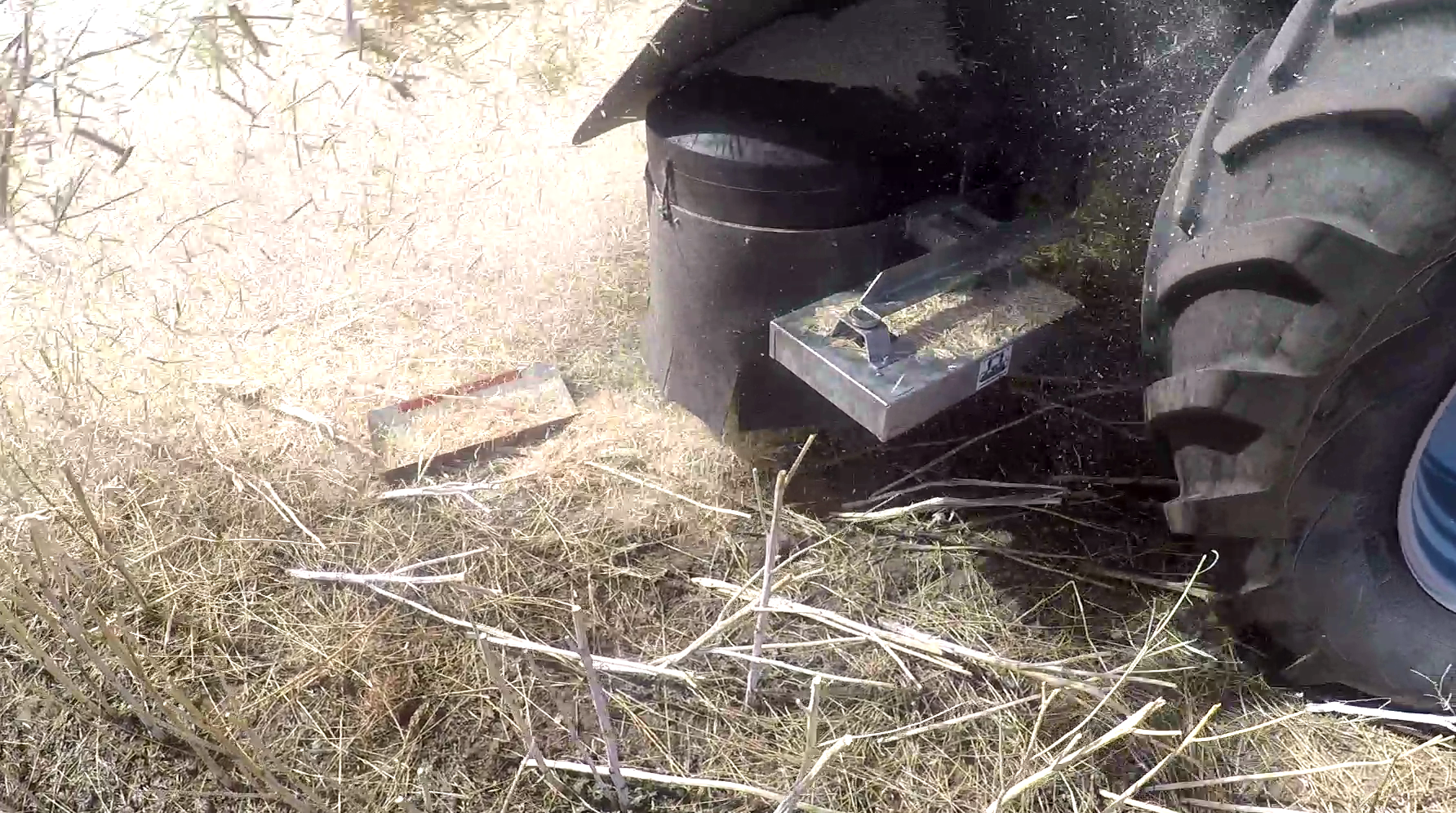 “Changing to the Emar chaff deck has definitely helped increase efficiency of harvest by not towing a chaff cart,” Mr Cripps said.
“Operating it at harvest has proved much easier than the old chaff cart, as it doesn’t slow down the harvesting as much.”
Running a late-model, Case 7240 combine on 5100 hectares near Northampton WA, Mr Cripps said productivity since using the new equipment was definitely up, although it was still a bit early to say by exactly how much. 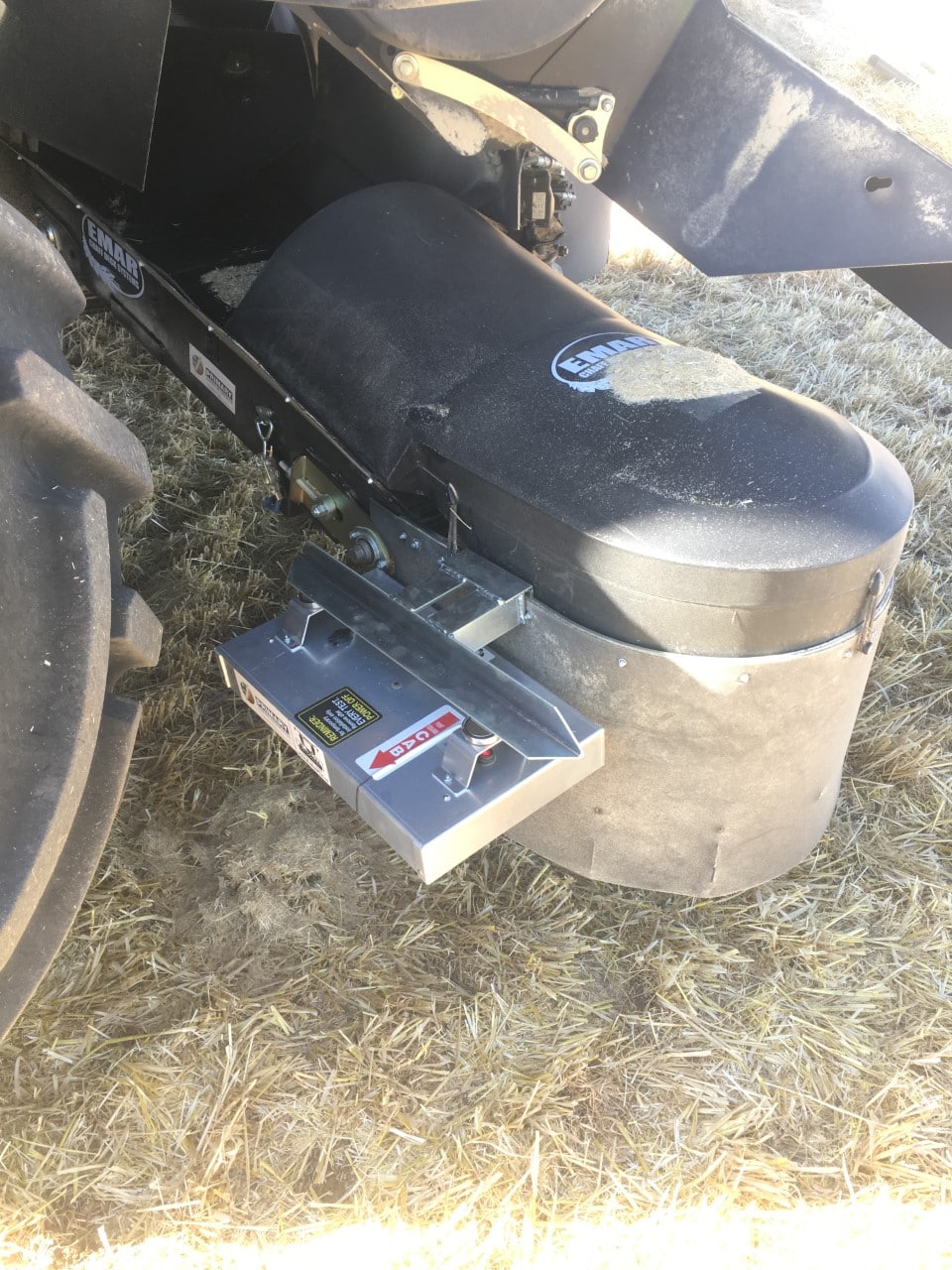 “Using the EMAR chaff deck and Bushel Plus system together is much more efficient as it allows me to make regular adjustments when harvesting.
“Some of the adjustments I can make include changing rotor speed, adjusting the fan and engine load, as well as regulating the speed of the combine,” he added.
“We are, of course, using both systems as part of a combined effort to improve production and reduce weeds.
“This has necessitated few changes to the spray program, and there are negligible maintenance and running costs.”

Mr Cripps said weed control could also be attributed to a combination of other factors, including seeding rates, herbicide selection and rotation, and the use of fallow land.
He said this year’s season was looking much better than last year, which had been a fairly poor one due to lack of rain.
“We expect a better than average crop this year and aided by the Bushel Plus system and EMAR chaff deck, are hoping for a noticeably better return per hectare on all crops, ranging from canola to wheat and lupins.
“I am also a strong advocate for buying Australian and always try to purchase locally-made and manufactured equipment wherever possible,” added Mr Cripps. 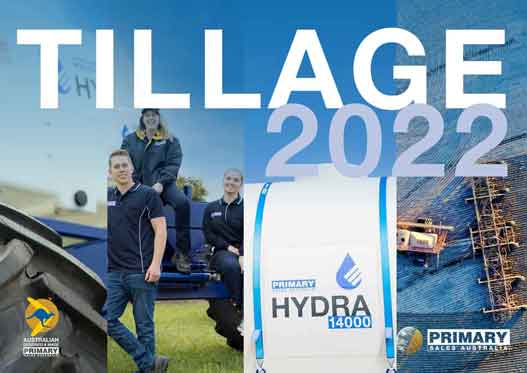