Just as most highly motivated companies have begun, Primary Sales Australia was born out of necessity with the excitement of developing long-needed products to satisfy and support our customers -the Farmers of Australia.

It all began with a predecessor company

who first explored the possibilities of developing cast tillage points from a wear-resistant alloy rather than press-forming points from sheet steel.

All manner of design, manufacturing and field testing problems were overcome until a range of designs began to make significant inroads into the traditional market for steel points.

This new cost efficient alternative was perhaps 3 times the price of a traditional point however the farmer benefited with something in the order of 5 or up to 10 times the wear life and avoiding the downtime when changing pressed steel points.

Further Team inspiration and problem solving led them to devise a new design of knife guard which took the form of a “double-cut” 4-finger version but with each finger possessing an engaging tooth to allow attachment of a plastic extension finger. The extensions were provided in a choice of widths to vary the gap between each other, just as was done with the traditional comb (“closed”) front.

The outcome in the field proved to be a major “eye-opener” in terms of making farmers realise just how much of their profit had previously been left behind on the ground while using the new open fronts in low yield Australian Crops. Simply because it had been viewed until then as “unavoidable” losses.

Although a significant proportion of Fabcast’s business was industrial in nature including products such as hydraulically operated truck-mounted waste compactors, the main focus remained with agriculture and products to help Farmers..

This included a wide range of foundry cast front, rear and wheel tractor weights and fabricated products including a range of hydraulically operated twin and triple towing hitches (highly popular with farmers as two or three combine seed drills could be utilised by one tractor with one operator to sow many more acres per day than individually towed drills), a large amount of dual wheel extensions for tractors and other agricultural components. 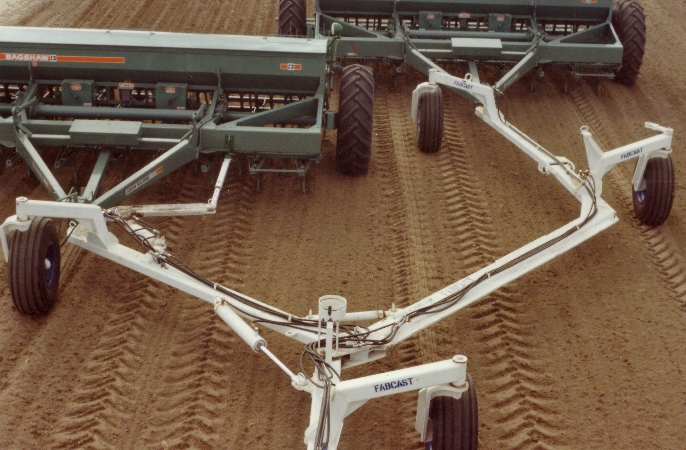 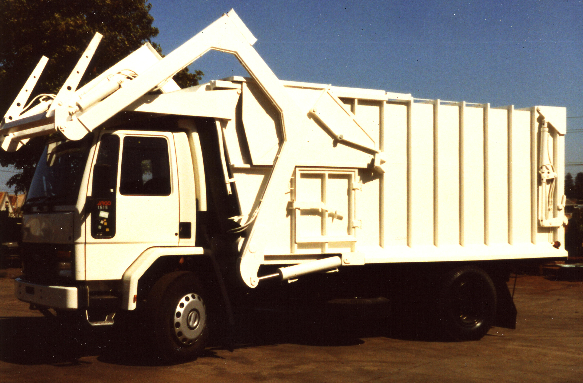 Fabcast was developing and selling the agricultural castings prior to the creation of Primary Sales Australia which came about after Fabcast had moved to Wembley WA and taken on the manufacturing of cast iron water pipes, air conditioners and wood heaters.

Finances within Fabcast had become extremely tight  and the company was placed under administration.  The Agricultural portion of the business was operating successfully under the guidance of Les Hunter, Ray Moyle, Alan Fisher and Jim True who, in 1985, purchased some of Fabcast’s patents (along with machinery) and left Fabcast employment to Start a new company, Primary Sales Australia, concentrating on farm machinery including knife guards and tillage points.